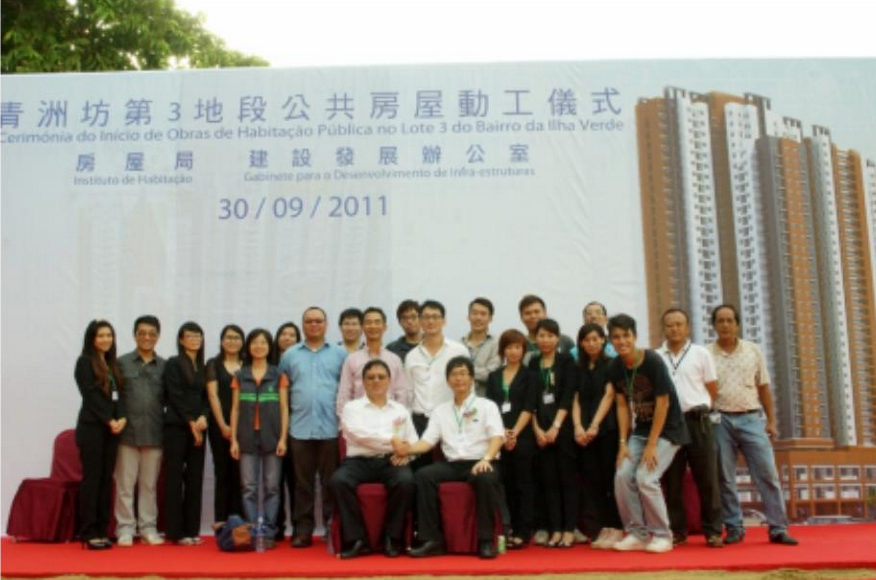 Top Builders Group was recently awarded a joint-venture contract of MOP 600 million by Gabinete para o Desenvolvimento de Infra-estruturas (GDI) for the construction of social housing in Ilha Verde Lote 3, where Top Builders takes a 50% stake in the joint-venture.

Construction-wise, the whole complex is supported by over 100 bored piles of dia. 1 to 2.5 m with depth 35 to 55 m, while over 60,000m3 of soil is to be excavated. Furthermore, in order to fast-track the project, The Project Team has decided to deploy the “top-down” method, a building technique which allows a high-rise superstructure and its basement to be built simultaneously. The Project Team is confident that this method will bring successful completion of the project, despite its common use in the Macau construction scene due to its technical difficulty.

To whom it may concern:

This will close in 60 seconds